There are 0 item(s) in your cart
Subtotal: ₦0.00
View Cart
Check Out

The original S20 Ultra was supposed to be the greatest Galaxy to date, but it fell short of that. You could enjoy a 120Hz refresh rate, but only at a lower 1080p resolution. The telephoto camera was advertised as 5x, but it was, in fact, 4x, and let’s not even start with the Space Zoom. The ultrawide camera had a great sensor, but it couldn’t do macro shots due to the lack of autofocus. The battery was large, but battery life was poor. You get the point. 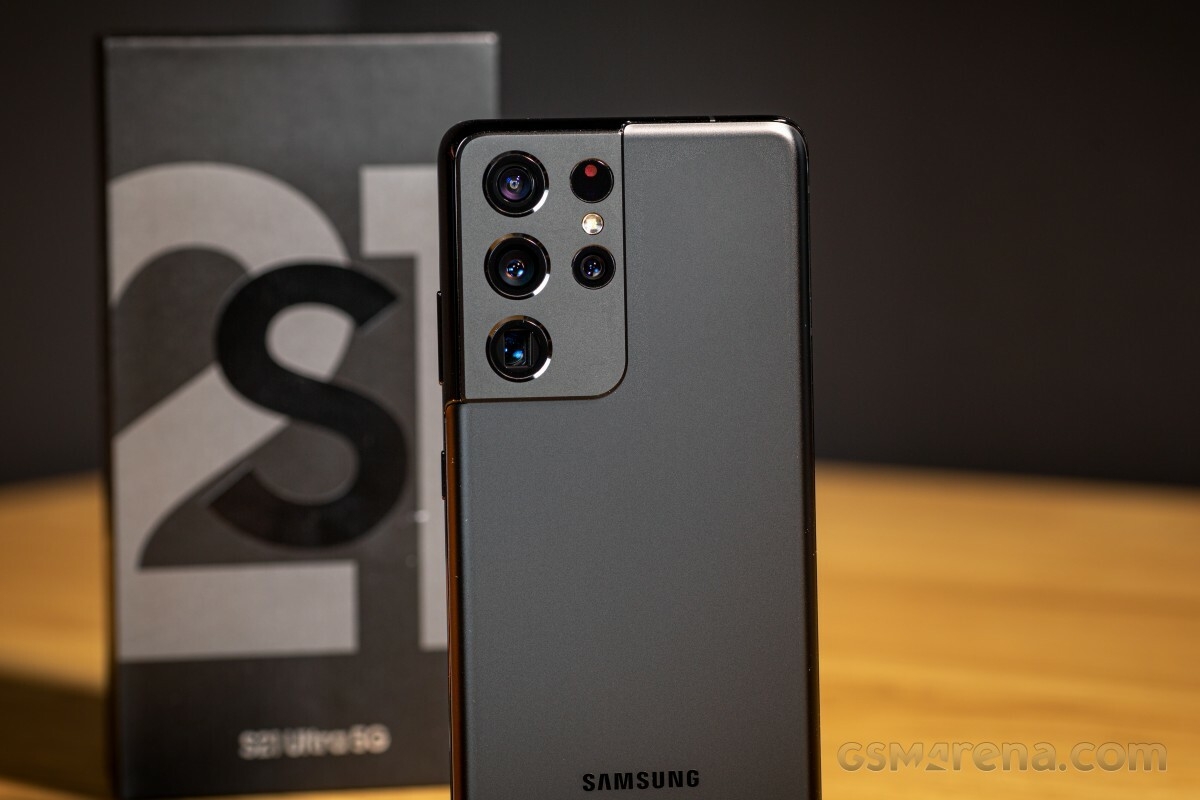 Well, the Galaxy S21 Ultra makes up for everything. It has a large 1440p screen with native 120Hz support, adaptive at that. It also brings two dedicated telephoto snappers – one for 3x and another one for 10x optical zoom. Its ultrawide camera does feature autofocus, which works for macro shots. The new Ultra also offers ultrawide-band support, and surprise, surprise, S-Pen support as well. This has to be the first non-Note Galaxy phone to offer that – one for the history books.

There is no S-Pen socket on the Galaxy S21 Ultra, and neither is there a bundled stylus. But you can use any S-Pen that’s been in circulation, as well as the newly announced S-Pen for S21 Ultra and the upcoming S-Pen Pro. Samsung has also opened the S-Pen to third-party companies that make Wacom-based styluses, so you can expect even more options in the upcoming months. Finally, you can store the stylus in your pocket or opt for some S21 Ultra cases with dedicated pen holders.

The Galaxy S21 Ultra is the only S21 model to come with a 1440p OLED screen, unlike the previous generation. And even better, it now supports 120Hz at that high resolution, so you don’t need to choose between high res and high refresh rate. This new Ultra screen also supports Adaptive Refresh Rate that can vary between 10Hz and 120Hz, just like the Note20 Ultra. 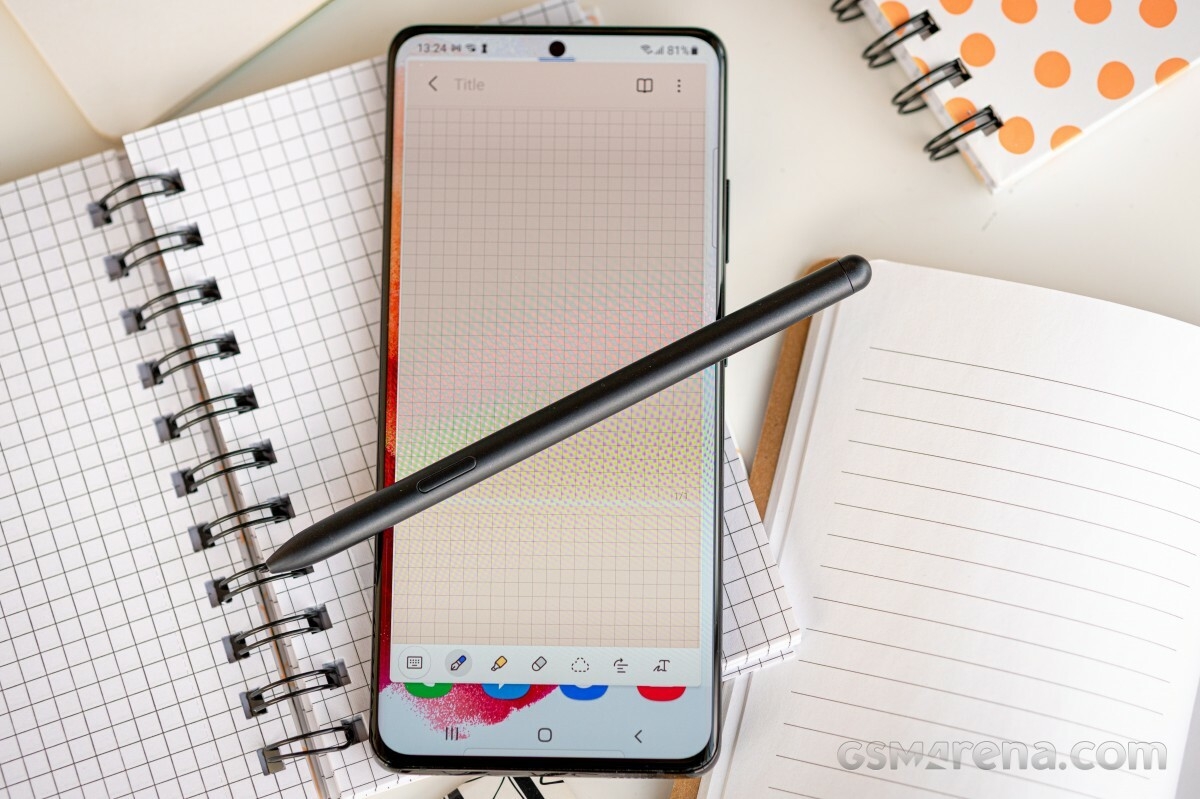 The latest Galaxy bears the latest chipset, of course. All international models use the new Exynos 2100 SoC by Samsung (like the one we are reviewing), while the USA and China will be getting devices running on the Snapdragon 888 instead. The RAM has been bumped to 12GB, and there is a limited 16GB model, too.

The camera has seen a welcome upgrade. The wide snappers remain relatively the same – a 108MP shooter with f/1.8 26mm lens and a 12MP cam with f/2.2 13mm optics, but now it features autofocus. The zoom system has been completely revamped, though – it now features two 10MP imagers, one for 3x optical zoom and another for 10x optical zoom via a 240mm periscopic lens.

This year isn’t off to a good start for the fans of the rich retail bundles, though. Like Apple and Xiaomi, Samsung has removed the chargers and headphones from the retail boxes and ships each Galaxy S21 only with a cable.

Let’s take a deep dive in the specs now.

The Note10 was the one to retire the 3.5mm jack, and now the Galaxy S21 is retiring the microSD slot. Samsung makes up for that with a minor price difference between the 128GB and the 256GB models – just €50. It’s up to you to decide whether this compensation is enough, though.

There are some omissions, too, this time – inside the retail box.

Well, well, well, how the tables have turned?! It was just last October when Samsung mocked Apple for not including chargers with the latest iPhones. And a mere two months later, Samsung was caught scrubbing these jabs off the internet in preparation for the launch of its own charger-less flagship.

It’s not the first time Samsung had done this, is it? We still remember how the audio jack mockeries disappeared overnight, foreshadowing the jack-less Galaxy Note 10.

So, the Galaxy S21 Ultra is the first Samsung phone to come without a charger or headphones. The maker joins Apple and Xiaomi in a quest to make the planet cleaner, and this ought to make a positive impact eventually. It just requires one small sacrifice from you, the user – you need to buy a USB-C charger if you don’t own one and keep it for the long haul.

The thin Galaxy S21 Ultra box contains a USB-C-to-C cable and the phone. That’s it. 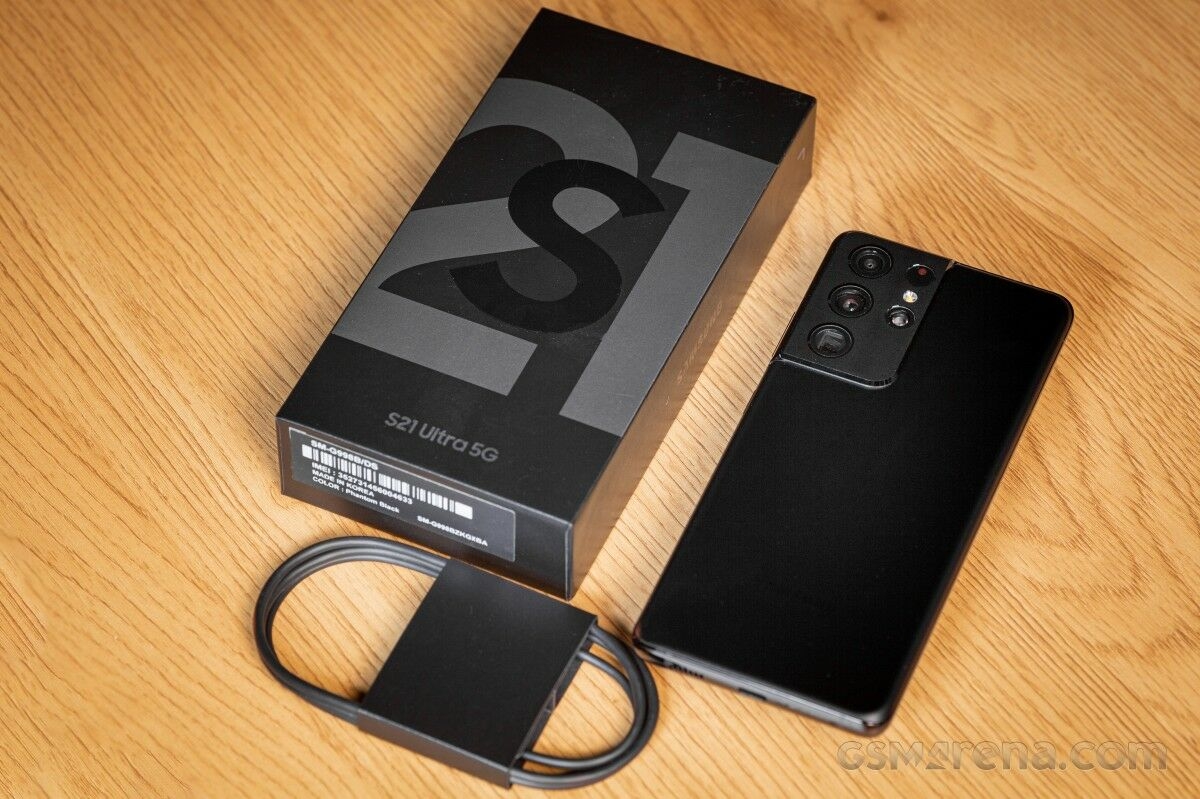 Our Samsung Galaxy S21 Ultra also came with one very thin protector, almost invisible in fact, applied in the factory. It’s plastic and will be good only against scratches, but it’s still better than nothing.

There are no reviews yet.

you for
shopping on
PC Place Nigeria, the following are the terms and

there
is a
significant delay in shipment, we will inform you by phone

shipping
rate would
be calculated and displayed at checkout

would
be informed
via telephone when your order is ready for pickup.

same-day
delivery.
This might change depending on uncontrollable circumstances

such as
weather and
traffic situations.

Orders
Placed By
Customers Outside Lagos

your
item is discovered to be damaged during delivery;

1.
Report the damage to us upon discovery

2.
Ensure that the damaged item is returned in

the
same condition and packaging in which it was delivered

3.
We will organize for repairs or replacement

reserve
the right to, in place of a refund, replace the damaged product
with a

similar
one or a different product in our store.

are
made at our discretion as we may choose to either refund, replace,
repair

or
reject the returned item. Once we receive your item, we will notify
you that

we have
received your returned item and thereafter, we will inspect the
item.

your
return is approved, we will initiate a refund to your account (or
original

will
receive the credit within a certain amount of days, depending on
your card

will be
responsible for paying for your own shipping costs for
returning your item.

If
you receive a refund, the cost of shipping

will be
deducted from your refund.

you
have any questions on how to return your item to us, you may
contact us by

Thanks
for shopping on PC Place Nigeria!

If you
are not entirely satisfied with

your
purchase, we're here to help.

You
have 7 days to return an item from

the
date you received it. Returns are to be made to our showroom at
Awolowo

Customers
may be eligible for returns and

in the
same condition that you received it.

2.    The item is in the original packaging.

3.    Your item has a receipt or proof of
purchase.

The
seal of the item is not broken

We
would however decline a refund if the

1.    You misused or mishandled the product in a
way that
led to its damage

2.    You received what you ordered but simply
changed your
mind about the

3.    You were notified about the state of the
item yet gave
your consent

4.    You did not like your purchase or realized
that you
had no use for it.

If you,
by any chance receive a wrong

item,
please do not open it or tamper with the seal. Items returned on
grounds

opened
or the seal has been tampered with by the customer.

There are no inquiries yet.

You have 7 days to return an item from the date you received it. Returns are to be made to our showroom at Awolowo Glass House, Obafemi Awolowo Way, Ikeja Lagos. Read more

Delivery takes 24 – 72 hours from purchase time for customers within Lagos. While outside Lagos takes 48 – 120 hours depending on the customer location.

BY PRICE LOW-HIGH Move the slider to suite your budget

BY BRANDS Select your desired brand

BY GENERATION Shop by generation

BACKLIT KEYBOARD Need a computer with or without backlit? Select here

BY TAGS Shop by desired tags

BY PROCESSOR shop by processor

There are 0 item(s) in your cart
Subtotal: ₦0.00
View Cart
Check Out

Write a review
Our Price